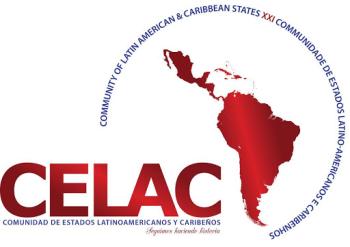 Twelve years ago today the Community of Latin American and Caribbean States was established to weaken North American domination of the region. Ottawa is excluded from an alliance that has recently been revived despite Justin Trudeau’s best efforts.

On February 23, 2010, leaders from 33 countries in the hemisphere gathered to set up an “intergovernmental mechanism for dialogue and political agreement”. Left wing Venezuelan President Hugo Chávez and right-wing Chilean President Sebastián Piñera were tasked with establishing CELAC’s structures, which grew steadily for a number of years.

CELAC is designed to replace the Washington DC based Organization of American States (OAS). The US and Canada are responsible for nearly 2/3 of the budget of that organization, which has long acted as a “Trojan horse” for US interests. In 2019 OAS electoral observers helped subvert Bolivian democracy as they had done two decades earlier in Haiti.

The establishment of CELAC was part of a series of initiatives promoted by left wing governments to deepen regional economic and political integration. In 2008 the Union of South American Nations (UNASUR) was established. Four years earlier Venezuela and Cuba launched the Bolivarian Alliance for the Peoples of our America (ALBA), which grew to 10 members.

What connected ALBA, UNASUR and CELAC was a bid to weaken US influence over a region the current world hegemon has invaded, redrawn borders and repeatedly picked governments.

At the time of CELAC’s founding, Canadian Foreign Affairs official Flavie Major explained privately that Ottawa was excluded because “the Latinos don’t want the US at the table and they see Canada as an extension of the US.” Echoing this assessment, Ecuadorian foreign minister Ricardo Patino said the US and Canada’s exclusion from CELAC “shows that for the first time the decision has been made for real integration without the interests of the northern neighbors predominating.”

The creation of CELAC, UNASUR and ALBA represented a historical shift in regional politics. However, the reversal of the leftist ‘Pink Tide’ — often through coups and other quasi-constitutional measures — set back the cause of regional integration. UNASUR largely collapsed in 2018 and ALBA has been greatly weakened. After holding leadership summits each year between 2013 and 2017 CELAC failed to hold a summit for four-years.

The rekindling of Latin American integration is a blow to Trudeau’s policy in the region. As I detailed recently, from the start of his mandate Trudeau sought to bolster governments that undercut the socialistic, regional integration efforts that shaped Latin America between 2005 and 2015. Concurrently, the Liberals have sought to overthrow leftist governments in Venezuela, Nicaragua and Bolivia. But those governments remain while right-wing politicians have been defeated elsewhere and the push for regional integration has found new life.

The world would be a better place if by the 200th anniversary of the Monroe Doctrine (December 2023) significant progress was made to ensure independence of a region long dominated by the interests of a few wealthy countries.

Precisely because CELAC is a long-term threat to Ottawa and Washington’s influence in the region, it should be supported by internationalist, progressive, minded Canadians.