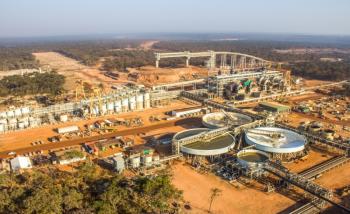 In Panama, a dispute has emerged of a type that is common to countries in Central and South America: a huge transnational company has invested in the country’s resource wealth, resulting in a conflict over suitable payments to the government that draws in officials from the company’s nation of origin in defence of corporate profits. In this case, the company in question is First Quantum Minerals, a mining giant with lucrative investments across the Global South—and the country of origin is Canada.

This summer, Panamanians rose up in nationwide protests against the neoliberal status quo imposed on the country by the government of Laurentino Cortizo. Beginning on July 1, these protests brought together diverse groups including teachers, students, trade unionists, farmers, and Indigenous organizations, all of whom called for the state to guarantee the public’s economic security in the face of rising food and fuel prices. Following state repression, the protestors’ broadened their concerns beyond the inflation crisis to include the government’s inaction on poverty, unemployment, housing, corruption, Indigenous rights, and more.

The causes of the summer 2022 protests go back decades and help illustrate the dynamics of the current conflict between First Quantum (and their backers in Ottawa) and the Panamanian state.

Since the 1990s, the US and Canada have supported a program of neoliberalization in Panama, which has led to a decreased role for the state, an increase in the influence of transnational companies in the Panamanian economy, and a turn toward commodity exports including agricultural goods and minerals. This shift resulted in more investment from US and Canadian companies.

Throughout the 1990s, Canada aggressively pushed for states in Central and South America to adopt neoliberal reforms that would permit more foreign investment and fewer regulations for transnational companies. This led Canada to back the Free Trade Areas of the Americas (FTAA). and when that fell apart following the emergence of the alternative Bolivarian model in the early 2000s, to pursue bilateral free trade agreements (FTAs) with countries in the region. For example, the Harper government struck FTAs with the military dictatorship in Honduras and Ricardo Martinelli’s Panama.

During this period, Ottawa also tried and failed to create a joint “Central American Four” FTA with Guatemala, El Salvador, Honduras, and Nicaragua. The negotiations fell apart because Canada refused to compromise on its deeply neoliberal positions. The Nicaraguan Minister of Industry and Commerce Orlando Solorzano said that “Canada would like to take full advantage of the market, but we see too weak a compensation not only for Nicaragua but for other countries in the region.” Enrique Mejía Ucles of the Honduran Private Enterprise Council said that negotiations collapsed because “it [is] difficult to land an agreement with Canada… they want everything just for them.”

Several protest movements emerged in Panama in the 2010s in opposition to the effects of free market reforms generally and the predominance of Canadian mining specifically. At the heart of these resistance movements is the Canadian-owned Cobre Panamá mine, which is the largest foreign investment in the country, accounting for 3.5 percent of Panama’s total GDP.

Cobre Panamá was owned by the Toronto-headquartered Inmet Mining until 2013, at which point it was acquired by Vancouver-based First Quantum. In 2011, the Martinelli government attempted to limit the Indigenous Ngäbe-Buglé nation’s rights to autonomy and self-government in order to grant mining companies access to minerals on their land. Meanwhile, Martinelli repealed a law that prevented foreign governments from investing in the mining sector—a gift to Canada’s Inmet Mining, which at the time was seeking financing from the sovereign wealth funds of Singapore and South Korea.

These moves sparked protests that continued into 2012. Martinelli responded to demands for the annulment of mining and hydroelectric concessions on Indigenous territory with violence by dispatching riot police. The police killed one protestor, injured thirty-two, and detained forty. The protestors did not budge; instead, they blocked the entrances to Cobre Panamá and another mine owned by the Canada’s Petaquilla Minerals. Eventually Martinelli relented and vowed not to approve mining projects on or near Ngäbe-Buglé lands.

During the 2011-2012 conflict, nobody in the Canadian government issued a single statement on the matter. When protestors took to the streets again in 2022, Ottawa released a statement that totally omitted the reasons behind the uprising.

Following the economic shock of the COVID-19 pandemic, the Cortizo government declared that Panama’s recovery would rely on incentivizing foreign investment in the mining sector. Social movements have by and large rejected this new arrangement due to the history of corrupt collaboration between state officials and foreign companies and the weakness of environmental protections.

For example, in April 2022 the Panama Worth More Without Mining Movement—which arose in opposition to the Canadian-owned Cobre Panamá mine—released a report that found over 200 “serious” breaches of environmental commitments by the project managers, including the breaking of reforestation promises, “the felling of 876 hectares… in an area of high biodiversity and international importance,” and “the discharge of waste from the tailings tank into natural bodies of water without official endorsement.”

Following the summer 2022 protests, the Cortizo government announced plans to reform the mining sector by instituting greater regulations on foreign companies. In the meantime, the Panamanian state and First Quantum were in the process of negotiating a renewed contract. Jason Simpson, CEO of Canada’s Orla Mining (which is hoping to begin extraction at its Cerro Quema gold project), said, “The biggest story in Panama is Cobre Panamá, so as the government works through their renewed contract law for First Quantum’s asset there, that’ll take priority… We’ll be patient for that to be resolved and then we hope to get working on construction in Panama.”

The negotiations for the renewal of the Cobre Panamá contract began in September 2021. The two parties agreed that First Quantum would provide Panama with between 12 and 16 percent of its gross profit, a new rate that would replace the previous two percent revenue royalty.

Negotiations fell apart this month. While First Quantum had previously committed to upping its royalty payments, Panama’s Ministry of Commerce and Industries announced on December 15 that the Canadian company had made “unreasonable demands” that included sending the ministry a “fundamentally changed” proposal very different from their prior agreements.

During a live television address, President Cortizo claimed that his government had acted with “all the necessary patience, good faith and the best of wills to get the mining company to ratify what was agreed, and that is why we expected reciprocity from the company, which did not happen… This is not acceptable for me as president, nor for the government, nor for the people of Panama.” This statement mirrors those made by Nicaraguan and Honduran officials after the Canada-backed “Central American Four” FTA fell apart because of Ottawa’s unwillingness to negotiate its neoliberal terms.

The area of disagreement between the company and the state seems to be a clause that would require First Quantum (whose Cobre Panamá mine reported revenue of $2.29 billion in the first nine months of this year) to pay a minimum of $375 million in annual royalties. This means that First Quantum is potentially tanking the Cobre Panamá contract because the Panamanian government is requesting around 15 percent of the company’s massive yearly revenues in royalties.

For its part, the Mining Chamber of Panama has criticized Cortizo’s actions. In a December 12 statement, the Chamber wrote: “When our country needs to attract capital from abroad, to boost the economy, generate quality jobs and promote sustainable human development, it is sadly contradictory to send the message to the international community that in Panama there are inclinations towards the expropriation of private investment.”

In its public statements concerning the Cobre Panamá dispute, officials in the Trudeau government have quietly backed First Quantum. A government source “familiar with the discussions” told Reuters: “Obviously, we have a keen interest in seeing resolution to this, and are optimistic that both parties are negotiating in good faith.”

Over the course of the dispute, Canada’s Trade Minister Mary Ng has been in contact with both First Quantum and Panama’s Commerce and Industries Minister Federico Alfaro. The Canadian government source said that Ottawa has “heard from [First Quantum] to ensure that Minister Ng and our team stays engaged in keeping this on the front burner.” The source defended First Quantum’s actions, claiming that the company is “sympathetic” to the Cortizo government’s demands but it “just needs some downside protection in the event that commodities prices go low… that’s all the company is looking for.”

Much like Ottawa jumped to the defence of Centerra Gold following Kyrgyzstan’s nationalization of the Kumtor gold mine last year, the Trudeau government has taken a keen interest in Cobre Panamá and, according to the unnamed Reuters source, is actively backing the mining company’s position. Given Canada’s long history of support for neoliberal reforms and transnational investment in Central and South America, Ottawa’s support for First Quantum in these negotiations should come as no surprise.