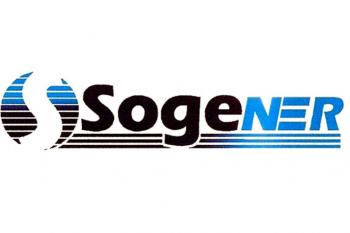 Aside from the millions of dollars of the embezzled public treasury, the Petrocaribe funds probe also revealed that some companies still have a debt with the Haitian Government.

Sogener, a company set up in 2002 and nowadays regarded as the largest private energy provider in Haiti, has a debt of about $187 713 906 millions that still had not been paid in September 2016, according to the report.

Taxes as part of the power plants funding, for which the Haiti Government outlaid over $612 million, the highest sum for the Independent Power Producer (IPP).

Sogener has already been the center of several mishaps, and some accuse it of promoting blackouts, in reference to the few hours of electricity that most citizens are currently enjoying.

Its managers, very active in social networks, repeatedly disclaim all indictments, even though they have not spoken about the Court of Audit report.

In such a report, researchers audited 77 percent of the total sums, voted by resolution and transferred by the Bureau of Monetization of Development Aid Programs (BMPAD), to sectoral institutions for project implementations.

According to these researchers, many projects revealed that the poor definition of necessity, use of incomplete estimates, risk analysis inadequacy and the addition of unnecessary work, may account for the excesses seen in the real costs of the programs in relation to those initially announced.

The over 600-page report also highlighted a project to reallocate the victims of the 2010 earthquake which displaced one and a half million citizens, and resulted in the $2.3 million purchase of an abandoned hotel, while an unfinished industrial park patio was valued at about $8 million.

Likewise, it stressed the double contract for road reconstruction signed by Bretex and Argitrans companies. The latter is currently run by Jovenel Moise, and these two enterprises shared the same tax identification and technical staff.

According to the advisers, at least $4.2 billion were embezzled during René PrevalÂ´s, Michel Martelli's and Jocelerme PrivertÂ´s administrations.

The Court of Audit announced on Monday that it will continue its work on the report, and debit and discharge orders will be soon issued for people listed in accordance with the rules set out by law.