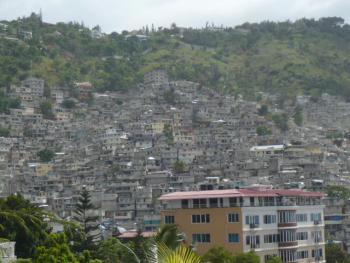 The International Crisis Group has produced a report on the shelter and housing crisis in Haiti that constitutes a searing critique of the post-earthquake situation in Haiti. This report is essential reading for understanding what is required to unblock the vast shelter and housing program desperately needed in Haiti yet nowhere to be seen. The full report is attached in pdf form, or go to the link below.

The International Crisis Group is funded by the agencies of many of the governments responsible for aiding Haiti with post-earthquake recovery.

OVERVIEW
A year and a half after the Western Hemisphere’s deadliest earthquake devastated Haiti, 650,000 victims still wait for permanent housing in more than 1,000 unstable emergency camps dotting Port-au-Prince. The first storms of the 2011 hurricane season have flooded 30 camps, forcing tent dwellers to flee and killing 28 persons nationally. Michel Martelly, who replaced René Préval as president on 14 May, faces an immediate crisis in the growing frustrations of the victims in the camps and those with near identical unmet basic needs who remain in the urban slums. Forced evictions, some violent, along with the reappearance of criminal gangs in those camps and slums, add to the volatile mix. Adopting, communicating and setting in motion a comprehensive resettlement strategy, with full input from the victims and local communities, is the first critical reconstruction challenge he must meet in order to restore stability. It will also test the capacity for common international action beyond emergency relief after a year of disturbing divisions within the UN country team and among donors over resettlement strategy.

Following a gruelling election, Haiti must turn to the priority of national reconstruction: resettling quake victims, removing rubble and rebuilding neighbourhoods. The 2010 disaster killed over 250,000 and forced an estimated 1.5 million into camps, while the absence of a uniform resettlement policy has stymied promised progress on decentralisation, economic renewal and reducing overcrowded urban communities’ vulnerability. Neighbourhoods victimised by decades of anarchic construction and weak to non-existent land titles and zoning remain highly vulnerable to natural disaster. Evictions – without due process or tenable housing alternatives – have forced massive unplanned returns, including to Port-au-Prince slums where tents and shacks have been set up on or near old residences and new, spontaneous camps created. Close to half the displaced have remained in the original camps, with no clear understanding of the future and rising unhappiness at increased violence. Responding to those vulnerable tent camps is a core reconstruction challenge, with serious implications for peace, stability and security.

All political actors need to make housing alternatives safer and more sustainable in Port-au-Prince and adjoining quake-hit areas. That requires a decentralised national reconstruction program such as is enshrined in the government’s Action Plan for National Recovery and Development (PARDN) and was endorsed at the March 2010 donors conference. Beyond a planned but not yet built industrial park in Cap Haïtien, however, there are few signs that Haiti is building back better since donors pledged to contribute more than $5.7 billion over eighteen months and $10 billion over ten years to finance recovery. To manage this effort, Haiti and donors negotiated an Interim Haitian Recovery Commission (IHRC) as a hybrid body to speed approval of projects and coordinate efforts. It has enabled donors and government officials to exchange plans, but decision-making and donor disbursement have been mostly slow, particularly outside the capital. Many refugees have returned to Port-au-Prince exacerbating problems in the capital’s poor neighbourhoods, where the bulk of those living in tent cities ultimately must resettle.

If reconstruction is to right the many imbalances that have made Haiti poor and prone to disasters, violence and conflict, it is paramount that the Martelly government set out a resettlement policy rapidly that engages the victims and is less about closing the camps, more about building stable, less violent communities and not only in the capital. The pilot plan for closing six camps and resettling their residents his administration has put forward is an important first step that deserves support, but the most vulnerable camps should be added to it quickly. To move resettlement forward in a more sustainable fashion, the government and international community must then: