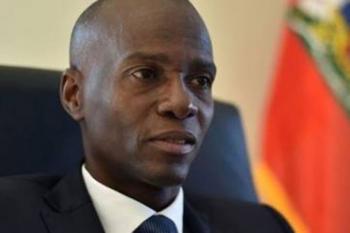 A dozen Haitian human rights organizations and feminist groups took a position today against the government's plans to modify the constitution and described them as unconstitutional.

According to the platforms, the project of the president Jovenel Moïse disrespects republican institutions, the foundations of democracy, the laws of the Republic and the Constitution itself.

They suggested that the president exposes the country to a new dictatorship and called the Independent Advisory Committee created at the end of October to draft the new Basic Law as illegal and arbitrary.

In the last week Moïse multiplied her interventions in the press media to promote changes to the Magna Carta, which she considers a source of instability and a brake on the country's development.

'Only God can govern the country with this Constitution,' said the president in statements to Radio Télé Métropole, and maintained that although the law of laws is seeking consensus, it cannot take away the sovereignty of the people, alluding to the fact that it does not contemplate the referendum process.

Committee member Louis Naud Pierre pointed out that one of the fundamental reforms could be the abolition of the Senate and the change to a presidential regime. He estimated that the first draft can be ready by the end of December, to be analyzed by civil society organizations, human rights, churches, the media and the general public.

The final text will be rewritten taking into account the considerations and reactions of those sectors, he assured. However, for human rights organizations, the creation of the Advisory Committee is a crime of high treason and a serious violation of the provisions of the Magna Carta.

They also criticized the decree that limits the control of the Court of Accounts, and assured that it is part of a strategy to deconstruct the institutions that fight against corruption. The platforms called for a general mobilization, although they have not yet established a specific date.