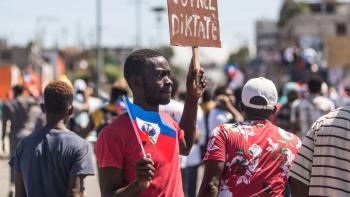 In 1791 and 1804 the oppressed people of Haiti carried out a revolution unlike any other in world history. It ushered in a new era. It was the beginning of the end for chattel slavery in the United States too. In recent months the people of Haiti are back in the streets. Is it time for a second social revolution in Haiti?

Brian is joined by Eugene Puryear, who just got back to the United States from covering the uprising in Haiti. Eugene is the host of the podcast The Punch Out on BreakThrough News, where he has released daily dispatches from on the ground in Haiti. He is also the host of the weekly live show The Freedom Side on BreakThrough News, which airs every Thursday on YouTube at 8 p.m. Eastern.