Renewed protests in Haiti against next year's budget 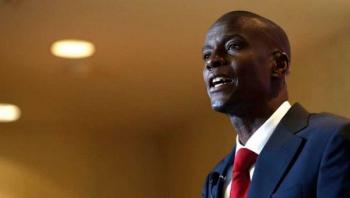 Haiti's Coalition of Democratic Organizations is calling for six more days of protests against the 2017-2018 in the capital Port-au-Prince and several other cities across the country.

“This criminal budget aims to impoverish the people and spare the middle class,” said Attorney Andre Michel, the head of the coalition.

The coalition is made up of opposition lawmakers from the leftist political party Fanmi Lavalas, led by the nation's former President Jean-Bertrand Aristide, along with other parties and social organizations.

As well as demanding the withdrawal of the new budget bill — which came into force on Sunday — the group is also calling for the dismissal of President Jovenel Moise.

In addtion, the coalition wants the release of 20 of its members, arrested and detained since the beginning of the protests against the bill.

The budget, introduced by Moise and Prime Minister Jack Guy Lafontant, was passed by the country's Congress earlier in September.

The house of representatives only modified one of the controversial articles, Article 17, which implemented higher taxes on Haitian citizens living abroad.

The bill comes as the nation recovers from Hurricane Irma which hit on September 7, killing one person and leaving 17 injured.

According to the 2017 Climate Change Vulnerability Index, Haiti is the third-most vulnerable country in the world.

Despite the devastating effects of Hurricane Matthew last year, the government only allocated about 0.5 percent of this year’s budget to the Ministry of the Environment — despite promising to support local communities and sustainable agriculture.