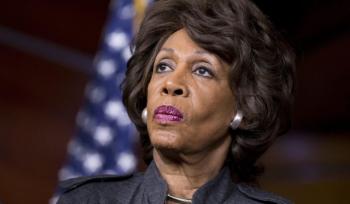 Congresswoman Maxine Waters (D-CA) along with actor Danny Glover, activist and radio host Margaret Prescod, and lawyer Brian Concannon, Jr. will be part of a delegation which will visit Haiti on Wed., Apr. 24, 2019.

The delegation will meet with U.S. Embassy officials, Haitian government officials, as well as visit the campus of the University of the Aristide Foundation (UNIFA) in Tabarre. It also may meet with some of Haiti’s popular organizations.

“The visit will look into the recent repression in Haiti and the lack of response from the U.S.,” said Concannon.

Waters’ delegation comes on the heels of a Mar. 20, 2019 letter to Secretary of State Mike Pompeo signed by 104 U.S. representatives in which they urged him “to support thorough and independent investigation into both the corruption allegations that sparked the current crisis [in Haiti] and the human right violations, including extrajudicial killings, that have reportedly taken place.”

Rep. Maxine Waters is the new chair of the House Financial Services Committee. Danny Glover most recently starred in “Killing Winston Jones.” Margaret Prescod is the host of the Pacifica radio network’s program “Sojourner Truth.” Brian Concannon, Jr. is the outgoing executive director of the Institute for Justice and Democracy in Haiti (IJDH).