Signatories of the PEN & Montana Accords have tuned their violins 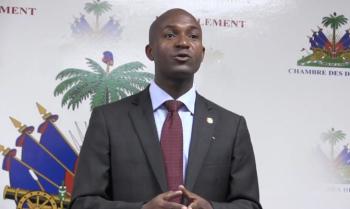 Ariel Henry came to power with the support of the international community.  In an attempt to gain legitimacy, he has created his own Accord with other political parties called the “September 11th Accord. This Accord keeps henry in power, despite his failure to govern the country.

After several months of negotiations, the signatories of the Montana Accord and those of PEN initialed a memorandum of understanding, on Tuesday, January 11, 2022. The memorandum maintains the call for a two-year transition. According to former deputy Arodon Bien Aimé, a five-member “Presidential Council” would govern, along with a Prime Minister and a ministerial cabinet.

The former deputy of Cerca Carvajal notes that according to the memorandum, the signatories of the Montana Agreement, PEN, and the current government will have to appoint a member to the five-member Presidential Council. This is “a way of allowing as many actors as possible to participate” he said. This new administration will be responsible for organizing a referendum, the “national dialogue”, and restoring security to facilitate the holding of the next election.

Anel Rémy, one of the leaders of the Montana Accord, believes this agreement with PEN was imperative to end the crisis. He emphasized that the crisis has already lasted too long and has paralyzed almost all sectors of the country. He specified that the Presidential Council would have to apply the roadmap contained in the Montana Accord.

Translated to English by CHIP editors