What motivates the new Cold War against China? 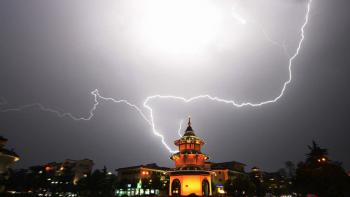 Sanctions are indisputably the economic weapon of choice in the U.S.-led New Cold War on China. While many who politically identify as “left” in the U.S. and West see China as a “capitalist” country, it is clear that the U.S. and its allies employ targeted sanctions not on capitalist firms but on socialist development in China and elsewhere.

Regardless of whether the justification is “human rights” or “competition,” the effect of sanctions is to starve countries of their capacity to meet the needs of their people in the hopes that they will either “play ball” with U.S. and EU hegemony or see their political systems replaced with more compliant regimes.

China does not “play ball” with U.S. hegemony. China maintains public ownership over key sectors of the economy such as high-speed rail and disregards U.S. and European sanctions placed on poor nations across the Global South. This is evidenced by China’s massive bilateral relationships with Iran and Russia. China is also Europe’s, Latin America’s, and Africa’s largest trading partner.

Over the past few weeks there has been a ramping up of a sinophobic anti-China campaign by Canadian media. This campaign comes in total disregard of the clear links between rampant Sinophobia  and the rise of anti-Asian hate crimes across the continent, including Canada. The core element of this campaign is a push to create the impression among Canadians that China is plotting to subvert Canadian “democracy” and infiltrate Canadian institutions. The groups used as proxies to push these dangerous narratives: Hong Kong “pro-democracy” dissident groups in Canada, and “Uyghur rights” groups and their imperialist sympathizers.

The West has created an imaginary, evil China for its people to hate and fear – and it’s working

When COVID-19 stuck, western media openly blamed China for the disease. The more conservative outlets pounced at the ‘lab-leak theory’ and defended the use of the phrase "China virus", while the more liberal ones focused on the tried-and-trusted 'Chinese authoritarianism' trope. The New York Times accused China’s “old habits” of “secrecy” and “controlling the narrative” of slowing the response. It pinned the blame on China and tried to deflect from western countries' own criminal neglect in controlling their outbreaks. Yet, had the 'democratic' West adopted China's 'authoritarian' methods, they wouldn't have been on their knees today, struggling with recurrent waves. Blaming China was a coping mechanism; today, more people have died from COVID-19 just in Orange county in California, US than in the whole of China. So much for democracy.

Combine all this with the regular Sinophobic reporting, and a steady picture begins to emerge: Barbaric China is an existential threat to our enlightened Western civilization. The Communist Party of China is just a modern-day Fu Manchu, that will stop at nothing to take our “freedoms.” After the Soviets and Muslims, it is now China’s turn to fill the role of the villain. Such imaginary rogues are useful to the US regime to distract the proles from domestic problems.

And herein lies the real reason why they hate China. The West is prosperous today not because of hard work or perseverance, but because of centuries of imperialism, colonialism, and wealth hoarding. China, though, is on the path to becoming a superpower without committing such atrocities. This is what really riles them up; after all, jealousy is the root of most hatred.

China’s rise shows that an alternative, multi-polar world is possible, a world not besieged by endless wars and genocidal sanctions, a world where poverty and hunger are distant memories – a world where people can live happily without being afraid that a superpower from across the planet may bomb them into oblivion because they have something it wants. And the US cannot allow that.

Why Xinjiang is central to US cold war on China

In October 2011, then-US secretary of state Hillary Clinton announced a “pivot to Asia,” with China at the center of the new alignment. Clinton said many times – including in Hawaii in November 2011 – that the administration of former president Barack Obama wanted to develop “a positive and cooperative relationship with China,” the US military buildup along Asia’s coastline told a different story.

The 2010 US Quadrennial Defense Review noted “China’s growing presence and influence in regional and global economic and security affairs” and called it “one of the most consequential aspects of the evolving strategic landscape.” In 2016, US Navy Admiral Harry Harris, head of the Pacific Command, said the United States was ready to “confront China,” a statement given strength by the US military buildup around China.

The administrations of Donald Trump and Joe Biden have largely followed the “pivot to Asia” policy, with a special emphasis on China. The United States has been struggling to keep up with China’s rapid scientific and technological advancements and has few intellectual or industrial tools in place to compete.

This is the reason it has tried to stall China’s advances using diplomatic and political power, and through information warfare; these elements comprise what is called a “hybrid war.”