What the World Owes Haiti Now 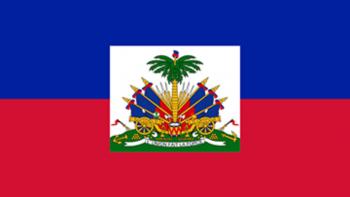 A recent New York Times investigation has sparked renewed conversation about how we reckon with the often-overlooked role of foreign intervention in Haiti’s founding history, especially the independence debt that France extracted from Haiti in 1823 to compensate for its loss of “property” – including enslaved people. But unjust foreign intervention in Haiti did not stop in 1823 – it continues today. For Haiti to ever see justice for the past and peace into the future, countries like the United States and France must start by changing how it treats Haiti today.

The Times’ meticulous exposé of the massive debt that France illegally extorted from Haiti after its independence demonstrates how the payments – totaling an estimated $21-115 billion – kept Haiti poor and unstable for two centuries. The investigation also documented that the U.S. Marines’ forced transfer of $500,000 in gold from Haiti’s national bank to CitiGroup in New York in 1914, and the 19-year occupation that followed, was spurred in part by pressure from Wall Street.

Haiti has a strong claim for restitution for this theft and extortion. Haiti only signed the contract for the debt in 1823 because France parked warships off the coast and threatened to invade Haiti and re-enslave its people. Reinstituting slavery was illegal at the time, so the contract for the debt was also illegal. Similarly, CitiGroup, which won the lucrative business of managing Haiti’s loans by convincing the United States to invade, may face claims for restitution of its unjust profits.

But history shows that France, the United States, and other countries whose current prosperity is built in part on a foundation of slavery and immiseration in Haiti have been unwilling to allow Haiti to pursue its claims for justice. The amount France owes Haiti is significant, but even more is at stake. If the descendants of Haitians forced to pay for their emancipation win their restitution claim, they may open the door to a long line of claims for reparations by the descendants of everyone subject to the horrors of slavery and the slave trade.

The one time Haiti seriously asked for restitution, the United States and France responded by overthrowing Haiti’s government. In 2004, then-President Jean-Bertrand Aristide was preparing documents to file a legal claim and speaking publicly about the schools, universities and hospitals that restitution would fund. Thierry Burkhard, France’s Ambassador to Haiti at the time, admitted to the Times that the two powers orchestrated the 2004 coup d’état against Aristide, which “made our job easier” to reject the restitution claim. The replacement regime, led by Interim Prime Minister Gerard Latortue, a long-time Florida resident, immediately renounced the restitution claim.

Haiti’s current government is equally unlikely to take the side of its citizens over its friends in Washington and Paris. De facto Prime Minister Ariel Henry was installed in July 2021 not through a Haitian process, but through a press release from the “Core Group” – a group of foreign governments engaging with Haiti, led by the United States and France.  The United States has continued to prop up Henry since, despite his involvement in spectacular corruption and mismanagement of the economy, his implication in last July’s assassination of President Jovenel Moïse, and his connections to gangs that are brutalizing the population. Most recently, President Joe Biden welcomed Prime Minister Henry to the Summit of the Americas in Los Angeles, refusing to apply to him the democratic standards he invoked to exclude the leaders of Cuba, Venezuela and Nicaragua.

A broad spectrum of Haitian society has repeatedly demanded that Henry step down. Haitians taking to the streets of Port-au-Prince are protesting outside the National Palace, but they are also protesting outside the U.S. and French embassies and U.N. headquarters, because they know that is where Henry’s power comes from. Meanwhile, a historic coalition of civil society organizations has come together with a shared vision for Haiti’s future. The Preamble of the Montana Accord, the founding document of the Commission to Search for a Haitian Solution to the Crisis and the most promising initiative to replace Henry, is as much a declaration of independence from foreign control as a revolt against domestic repression.

People in the United States and France who are outraged by their governments’ unjust treatment of Haiti in 1823 and 1914 can do something about it in 2022. They can start by insisting that their governments stop propping up Henry, and allow a Haitian-led solution to the political crisis to emerge. Once Haitians vote for their leaders, supporters of Haiti can stay engaged, to insist that foreign governments allow Haiti’s elected government to fulfill the mandate the voters give it. Even if the mandate includes a claim for the United States and France to return their ill-gotten gains.

Mario Joseph has led the Bureau des Avocats Internationaux (BAI), a public interest law firm in Port-au-Prince, Haiti since 1996. In that time, he has spearheaded the prosecution of Haiti's dictators, represented the victims in the Raboteau Massacre trial, and represented the victims of the cholera epidemic introduced to Haiti through reckless disposal of waste at a UN Peacekeeper base.

Beatrice Lindstrom is a Clinical Instructor and Lecturer on Law at Harvard Law School, where she teaches human rights advocacy and manages projects in the International Human Rights Clinic. Prior to joining Harvard, she was the Legal Director of the Institute for Justice & Democracy in Haiti.