Why the US and Canada had stopped worker visas for Haitians 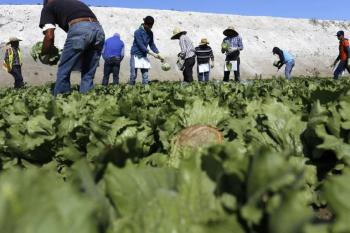 Earlier in November, the Biden administration welcomed Haiti back to the temporary foreign workers (TFW) program in the United States. It seemed like a good time to revisit why the U.S. stopped giving Haitians work visas in the first place.

To begin, let’s have a quick look at these foregin worker programs in both the U.S. and Canada since the two are so similar.

In Canada, the Seasonal Agricultural Worker Program (SAWP), as it’s called, allows employers to hire TFW when Canadians and permanent residents are not available. Employers can hire TFWs from Mexico or participating Caribbean countries for up to eight months. To enter the Canadian program, it is required to have studied at least elementary school and at most high school.

So, it is essential that these job candidates not hold a university degree.

Day laborers also need to have experience in agricultural activities to be considered. The three most populous Canadian provinces, Quebec, Ontario and British Columbia, make substantial use of this program. Haiti has not been listed among the participating Caribbean countries for some time.

The U.S. version of this program is known as H-2A Temporary Agricultural Workers. States like California, Florida, New York (upstate) take great advantage of this program, with a list of about 80 eligible countries in 2021.

When the Biden administration welcomed Haiti back to this program this month, it also extended more broadly the guest-worker visa programs that include temporary non-agricultural jobs (H-2B).

Haiti had been kicked out of that program by the Trump administration three years earlier.

Why Haitians are in and out of guest worker programs

Last year, as I discussed the TFW in Canada with a colleague and former Haitian senator, we couldn’t help but to inquire why Haiti is not among the source countries for this type of labor. My colleague and I used our contacts and set up a project proposal to promote the integration of Haitian small agricultural producers in the fair market and seasonal work in Quebec. We sent  the proposal to our key contact, a member of the Quebec National Assembly, for sponsorship. It found its way to two Canado-Haitians: a leader of the official opposition party in Quebec and a member of Parliament.

We later learned that Haiti once was eligible and took part in the Canadian SAWP. However, the appropriate people were not selected to begin with and there was a high rate of refusal.

Instead of choosing agricultural laborers, Haitian government officials chose individuals from the city who had not done any agricultural work before. Moreover, the selected individuals had no desire to perform such manual work. Once they landed in Canada, their relatives and friends picked them up and they disappeared, leaving the Canadian employers in a bind.

As for the U.S., the Trump administration, known to be xenophobic and racist against certain countries, cited extremely high rates of refusal, rampant fraud and abuse, and a high rate of workers overstaying their visas. Haitians had a suspected overstay rate of about 39% out of roughly 1,500 immigrants in the TFW category in 2016. That topped Guatemala and the Philippines at about 28% each.

Refusing the work after signing up

While it is not acceptable to abuse the TFW system by practicing fraud in the selection process and by overstaying the visas, it appears worse and more unethical to refuse the work after signing up. However, it is the direct consequence of the fraudulent selection implemented by Haitian government officials, which likely involved bribery and is facilitated by expats working as visas officers in Haiti. Given the type of individuals selected and the possible upfront financial investment they have consented, they didn’t feel they have any obligation to the TFW program, which is an understandable and rational behavior from their perspective. The true entities at fault would be the Haitian government officials and the Canadian/American visa officers. Their corrupt practices are likely the main source and the root cause of the problem. That’s the type of behavior and mentality that does not help our country to develop, as I pointed out in a previous column.

Suggestions for the Biden and Trudeau administrations

Indeed, you cannot penalize potential workers because of the bad behavior of local and foreign elites in their country.

To move forward, more importantly, these two administrations need to rein in the selection process. They need to be vigilant to ensure the requirements of the program are met, appoint honest and upright visa officers and detect fraudulent documents local government officials may deliver. Only then, can they expect lower rates of refusal and overstaying of visas.