Haiti: Symbolism and scapegoating in the Americas 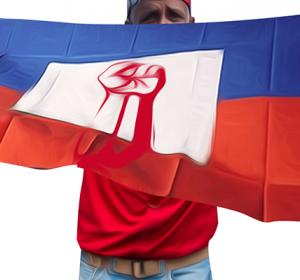 BY Tracey Nicholls, The Elephant, Jan, 25, 2020 What is happening in Haiti right now? Another president. More allegations of corruption at the highest levels. More riots in the streets. More foreigners wringing their hands publicly as they privately feed on the carcass of this once (and potentially future) prosperous part of the world. Haiti is still – as…
Read more 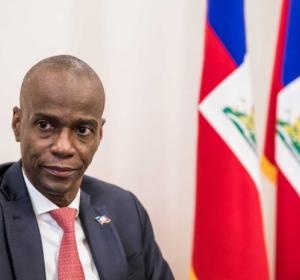 By Kim Ives, Haiti Liberté, Jan. 22, 2020 On Mon., Jan. 13, 2020, Haitian President Jovenel Moïse began ruling by decree because, according to his calculations, the mandates of two-thirds of Haiti’s 30 senators expired on that day, while the terms of all 119 members of the Chamber of Deputies elapsed. However, some of Haiti’s senators challenge their dismi…
Read more

10 years after Haiti’s earthquake, a crossroads 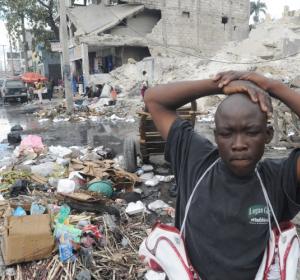 By Mina Remy & Chris Morrill, Common Dreams, Jan. 22, 2020 January 12 marked the 10th anniversary of a devastating earthquake in Haiti. But its aftershocks can still be felt today, in the mass protests against corruption and cutbacks.   A "Dangerous Crossroads" Nearly 30 years ago, in 1992, Boukman Eksperyans released their Grammy-nominated album, Ka…
Read more 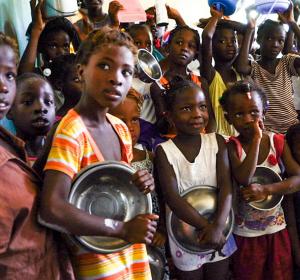 By Teresa Bo, Al Jazeera, Jan. 15, 2020 People are struggling to feed their families in Haiti. Rising prices, socioeconomic unrest and a drop in agricultural production have led to an increase in food insecurity. New data shows more than 850,000 people do not have enough food in the metropolitan area of the capital alone. Al Jazeera's Teresa Bo reports f…
Read more

The story of Haiti’s earthquake camps (2 of 2) 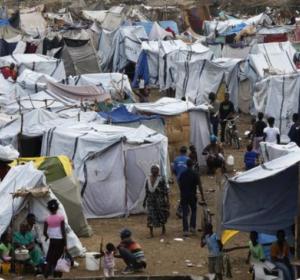 By Timothy Schwartz, Haiti Liberté, Jan. 14, 2020 Last week we presented the first part of Dr. Timothy Schwartz’s analysis of why and how giant tent-cities of earthquake victims sprang up from metropolitan Port-au-Prince to Léogâne in the weeks after Jan. 12, 2010. Published on his blog in May 2019 and adapted from a chapter in his 2017 book “The Great Hai…
Read more

10 years ago, we pledged to help Haiti rebuild. Then what happened? 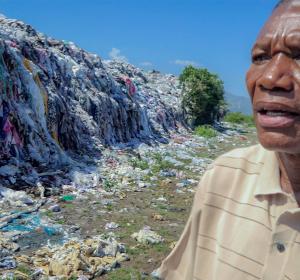 By Isabel MacDonald, In These Times, Jan. 12, 2020 THE EARTHQUAKE THAT STRUCK HAITI ON JAN. 12, 2010, unleashed one of the worst humanitarian crises in decades. In hard-hit places like Port-au-Prince, Haiti’s capital and most densely populated city, schools and medical centers collapsed. More than 300,000 homes were damaged or destroyed. The disaster is est…
Read more

In Haiti’s uprising, journalists are caught in the middle 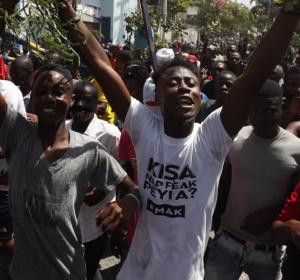 By Chantal Flores, Columbia Journalism Review, Jan. 17, 2020 On November 17, Lunie Joseph stood outside the gates of the national police headquarters in Port-au-Prince, watching hundreds of police officers as they marched to demand better working conditions. Looking out at the crowd, Joseph, a 31-year-old journalist for Radio Zenith, was unaware that she wa…
Read more
Go to news archives

Despite election promises to the contrary, Justin Trudeau’s government has continued important components of the previous Conservative administration’s ‘low-level war…