Covid-19 unit at Mirebalais hospital opens to the public 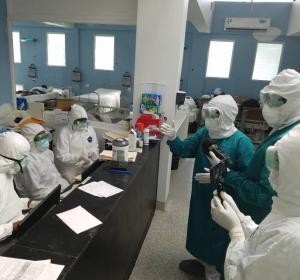 By Haitian Times, May 15, 2020 The university hospital of Mirebalais received a delegation of journalists, members of the office of the secretary of state for Communication at the hospital which run by the organization Zanmi Lasante / Partners in health.  The occasion was for the medical management of the HUM to salute the involvement of the hospital, in p…
Read more

“The Wuhan of the Americas”: U.S. deports COVID-19-positive immigrants… 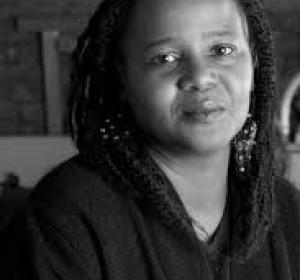 By Edwidge Dandicat & José Alejandro Garcia Escobar, Democracy NOW, May 15, 2020 The United States continues to deport thousands during the coronavirus pandemic, causing a dangerous spread of COVID-19 to Central America and the Caribbean. We speak with Haitian American novelist Edwidge Danticat, who says “U.S. deportations to Haiti during coronavirus pa…
Read more 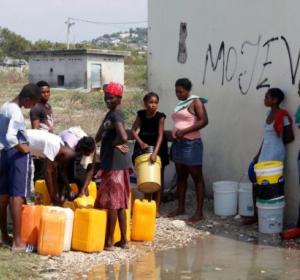 By Greg Dunkle, Worker's World, May 11, 2020 Immigration and Customs Enforcement, the agency charged with deporting people from the United States, scheduled five deportations to Haiti on May 11 from the Pine Prairie Detention Center in Louisiana. The agency claims the five individuals have either tested positive for COVID-19 or show signs of having the dise…
Read more 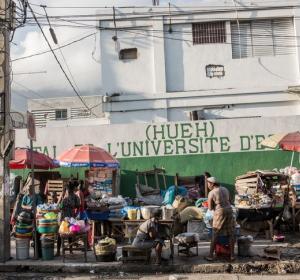 By Jayson Beaubien, Goats & Soda (NPR), May 8, 2020 The number of confirmed coronavirus cases in Haiti has doubled over the past week, according to the Haitian Ministry of Health. As of May 13, there were 219 cases, up from 108 a week earlier. Cases are now being reported from all 10 departments, the local version of states, although the bulk of confir…
Read more 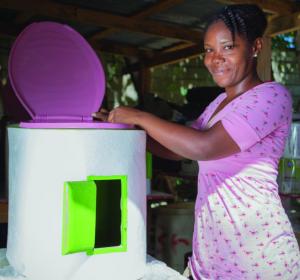 By SOIL, May 2020 Summary Since 2006, SOIL has been expanding access to safe, affordable, and restorative sanitation services in some of Haiti's most vulnerable communities. By producing organic, agriculture-grade compost from safely-treated human waste, SOIL is transforming a devastating public health crisis into a climate-positive solution for a more res…
Read more

After exporting COVID-19 to Haiti, the U.S. now is returning death-squ… 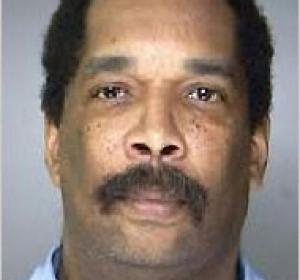 By Jake Johnston, Centre for Economic & Policy Research (CEPR), May 5, 2020 [Editor’s Note: The day after publication, the Miami Herald reported that Emmanuel Constant had been removed from the deportation flight. An updated version of the article, in Haitian Kreyòl, was published by Ayibopost.] An kreyòl As the COVID-19 pandemic has shut down borders…
Read more 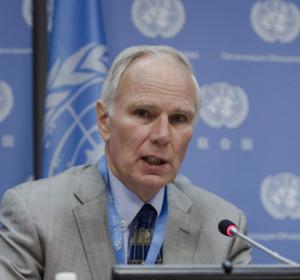 By Kim Ives, Haiti Liberté, May 5, 2020 Philip Alston, the United Nation’s Special Rapporteur on extreme poverty and human rights, does not mince words when the UN obstructs justice. He was the lead author of an Apr. 30, 2020 letter to UN Secretary General António Guterres charging the body with making “illusory” promises to Haitian victims of an almost de…
Read more
Go to news archives

Once an underground network of fascist ideologues shunned by the Ukrainian Canadian community for “criminal ideas,” Canada’s ultra-nationalist Bandera lobby is today a major political player. It recently rubbed shoulders with former PM Stephen Harper and top contenders for the leadership of his Conservative Party.

A month ago in Toronto, former Canadian Prime Minister and Conservative Party heavyweight Stephen Harper called out to an audience of Ukrainian Canadians, “Slava Ukraini!”

Harper’s audience responded to his cry of “Glory to Ukraine!” by compleing the salutation of the Ukrainian Nationalist movement once led by the notorious fascist Stepan Bandera: “Heroyam Slava!” In other words, “Glory to the Heroes!” who, in…