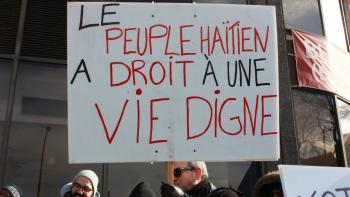 Two recent reports have found Moise and the Haitian government culpable for a massacre of 71 civilians in the La Saline last year.