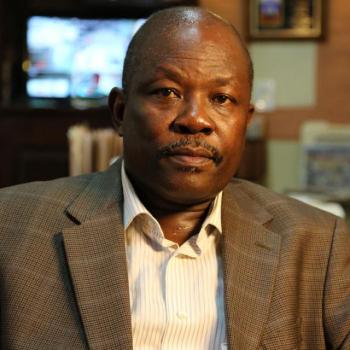 The Bureau des Avocats Internationaux (BAI) and the Institute for Justice & Democracy in Haiti (IJDH) are disappointed in the incomplete verification conducted by Haiti’s electoral authorities, which fell far short of the comprehensive inquiry ordered by the National Electoral Challenges Bureau (BCEN).  The verification panel’s January 3rd decision ignored legitimate demands of the process raised by political parties and observer groups, putting at risk the credibility of the recently-announced presidential results.

On December 20, the BCEN ordered a review of 12 percent of the tally sheets (1,560 total) from the Vote Tabulation Center, in response to a challenge of the results by three presidential candidates. However, the verification panel, composed of CEP members, lawyers and judges, did not examine if the tally sheets were signed by the poll workers or verify the national identify numbers with the liste d’émargement (the electoral list that voters sign or fingerprint next to their national identity number and photo), which were supposed to be reviewed per an order of the BCEN.

“The verification process was a genuine fiasco,” said Mario Joseph, managing lawyer of the BAI. “When observers and contesting parties objected, the panel illegally changed the review procedures to prevent them from officially registering their concerns, in violation of the BCEN order, rendering their participation futile.” One of the human rights organizations that withdrew from the observation denounced the BCEN verification panel’s lack of transparency and called the process “a veritable theatre.”  The panel concluded on January 3rd that there was no evidence of massive fraud, but only irregularities that could not decisively affect the electoral process.

This verdict is unconvincing, according to IJDH Staff Attorney Nicole Phillips. “It is hard to have confidence in these results when 40 percent of national identity cards (CIN) are unaccounted for,” said Phillips. Prior to the election, the head of the National Identification Office (ONI) admitted that 2.4 million activated but undistributed cards had gone missing, out of a total of six million national identity cards in circulation. “In such a situation, it is imperative that they check the identity of the voters against the official registry of the ONI, but the panel refused to do so,” Phillips argues.

In addition, problems with electoral lists prepared by the ONI prevented many would-be voters from casting a ballot on November 20. Phillips added, “The ONI is dysfunctional, which reflects badly on the international community.” The ONI was established in 2005 through a partnership of the Haitian government and the Organization of American States, funded by Canada and other foreign governments.

The commission that investigated the October 2015 elections warned that the “sale and purchase of electoral cards” was becoming a common practice in Haitian elections, and pointed to the risk that undistributed cards could be used by individuals who “would pay for the luxury of voting more than once.” In the October presidential election, 16.2 percent of traceable votes had been cast using false CIN numbers, the commission found.

Haitians questioned the integrity of the August and October 2015 elections, despite assurances from the Provisional Electoral Council and international community that the elections were free and fair. After two independent commissions found massive fraud, the government finally admitted the fraud and scheduled new elections. Joseph calls for a transparent and accountable verification to dispel the suspicions that hang over these results. “The BCEN makes it clear that fraud and/or irregularities do not change election results, a reliable audit is needed to correct the electoral process for Haiti’s next upcoming elections.”

The verification process’ problems compelled the three main opposition parties to boycott the process, and all three have announced they refuse to accept the Presidential results.  The CEP has the last word, so neither the candidate nor the voters have any legal recourse, but opposition parties have vowed to continue to protest. The spoiled verification undermines the credibility of the electoral process and the legitimacy of the incoming President.

The lawyers are also concerned by multiple reports of Haitian National Police (PNH) using excessive force against journalists and protestors, despite lawful permits to protest. Although the police have the obligation to purse criminal acts by political actors, they must also guarantee the right to legal protests. In addition, President-elect Jovenel Moise endorsed an unconstitutional “municipal police force” created by the mayor of Les Cayes to work “next to” PNH. Joseph calls on the Minister of Justice and Public Security and PNH “to respect the Constitution, which prohibits any armed force outside of the PNH, and which guarantees the freedom of expression of protestors.” (See, Haitian Constitution, articles 31 and 263-1).