The strange, distasteful case of Canada and Honduras 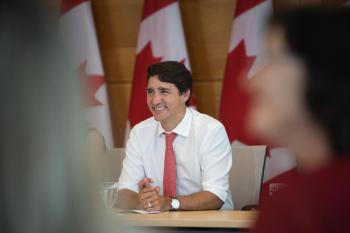 I feel flummoxed, a word I’ve never resorted to, by Canada’s policy in Honduras. It’s a poor, Central American country, the original banana republic. It suffered many military dictatorships.

In 2009 it had an actual election that was overthrown by military coup. The president, a moderate from the national elites, had developed some mildly “progressive” ideas so the army hustled him out of the country in his PJs.

The rigged election that followed, which all respectable monitoring bodies shunned, was nevertheless approved by Canada (in Harper’s era) even more heartily than by the U.S., which has military bases there. Maybe it was due to heavy Canadian investment in mining and sweatshops.

Subsequent rigged elections ensued; 2017 was a classic. A reformist party led till the vote counting was shut down for 36 hours, then suddenly the military’s favourite surged and won. Thirty protesters were killed afterwards.

Canada endorsed this joke, too, but now under Trudeau’s Liberals. Perhaps they had the added incentive of doing backflips whenever the U.S. asked, in order to cement NAFTA, one of their — they say — great successes (and a joke itself, since Trump has shown he can always block our exports, NAFTA or not).

Today, Honduras has become a best bud in our co-sponsorship of the Lima Group, a monomaniacal effort to replace one distasteful Venezuelan leader with another. This is basically a U. S project, with foreign minister Chrystia Freeland, who got credit for NAFTA, co-operating enthusiastically from our side.

Despite all odds and brutal repression, there’s been a vibrant opposition coalition in Honduras, including human rights workers like Edwin Espinal, the husband of Canadian human rights worker, Karen Spring. He was arrested on rigged charges 18 months ago and stuck in a military jail.

When he and Spring married inside, they were surrounded by armed guards in balaclavas. She and her mother, Janet, a music teacher from rural Ontario, built a movement to agitate for his release. They’ve been tireless but failed to get even one meeting with Trudeau or Freeland, or have them speak publicly on the whole situation.

So they were understandably peeved last January when Freeland rushed to the airport, in her sweats, to greet a woman fleeing Saudi Arabia, who had zero Canadian connections (with no disrespect intended toward the young woman).

Things took a big swing last week, when Espinal was finally released, though his trial starts immediately. How come? Well, the regime is in trouble. President Juan Orlando Hernandez was just named a co-conspirator in a narcotrafficking trial in the U.S. And there was a recent media quadfecta (New York Times, Washington Post, Economist, Univision) detailing his role drug-running and using the returns for campaign financing. Protests have escalated.

There were no thanks due, far as anyone can see, to Canadian government efforts. But there was a public victory party in conservative Ontario farming country. The world can be a weird place.

People like the Springs and their neighbours around Elmvale, and the Simcoe County Human Rights group have ensured there’s a Canadian role supporting the resistance in Honduras. They haven’t just agitated for the Springs, they got onside with the whole history of popular struggle in the region. This resonates at a moment when refugees from poverty and violence in Honduras — created by a regime nurtured by us and the U.S. — get vilified daily.

Since Karen Spring seems to have had the only high-level Canadian reply to their myriad requests, I asked what she’d heard from Chrystia Freeland. She said there was one email thanking her for raising the issue and copied to staff. Freeland also phoned over a year after Espinal’s arrest, to “supposedly make sure she understood some details” that she might raise with Honduras and saying she was concerned with Karen’s personal safety. Spring never heard back but a flunky (my word) wrote, “repeating the same line as always.”

Did Freeland really expect Spring to be dazzled by one call? She has the kind of toughness Greta Thunberg shows in the face of derision, or the women of The Squad in the U.S. I draw two conclusions: There’s hope for our species. And: people don’t get the governments they deserve. They deserve far better.