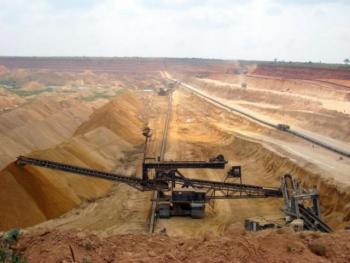 While few Canadians could find Zambia on a map, the Great White North has significant influence over the southern African nation.

A big beneficiary of internationally sponsored neoliberal reforms, a Vancouver firm is the largest foreign investor in the landlocked country of 16 million.

First Quantum Minerals (FQM) has been embroiled in various ecological, labour and tax controversies in the copper rich nation over the past decade. At the end of last year First Quantum was sued for US$1.4 billion by Zambia Consolidated Copper Mines Investment Holdings (ZCCM-IH), a state entity with minority stakes in most of the country’s mining firms. The statement of claim against First Quantum listed improper borrowing and a massive tax liability.

In a politically charged move, President Edgar Lungu recently ordered ZCCM-IH to drop the case and seek an “amicable” out of court settlement with FQM. Social movements criticized the government for (again) caving to powerful mining interests exploiting the country’s natural resources. According to War on Want, Zambia is losing $3 billion a year to tax dodges by multinationals, mainly in the lucrative mining sector. A recent Africa Confidential report on the row between First Quantum and ZCCM-IH highlighted the Vancouver firm’s political influence, pointing out that “top government officials are frequently feted and hosted by FQM.”

First Quantum’s presence in Zambia dates to the late 1990s privatization of the Zambian Consolidated Copper Mines (ZCCM), which once produced 700,000 tonnes of copper per year. In a report on the sale, John Lungu and Alastair Fraser explain that “the division of ZCCM into several smaller companies and their sale to private investors between 1997 and 2000 marked the completion of one of the most comprehensive and rapid privatisation processes seen anywhere in the world.”

The highly indebted country was under immense pressure to sell its copper and public mining company. Zambia’s former Finance Minister Edith Nawakwi said, “we were told by advisers, who included the International Monetary Fund and the World Bank that…for the next 20 years, Zambian copper would not make a profit. [But, if we privatised] we would be able to access debt relief, and this was a huge carrot in front of us — like waving medicine in front of a dying woman. We had no option” but to privatize.

Ottawa played a part in the privatization push. Canada was part of the World-Bank-led Consultative Group of donors that promoted the copper selloff. With the sale moving too slowly for the donors, a May 1998 Consultative Group meeting in Paris made $530 US million in balance of payments support dependent on privatizing the rest of ZCCM.

(Canada had been a proponent of neoliberal reform in Zambia since the late 1980s. At the time Ottawa slowed aid to the country in a successful bid to change the government’s attitude to neoliberal reforms, explains Carolyn Bassett in The Use of Canadian Aid to Support Structural Adjustment in Africa. After Zambia fell into line with the International Monetary Fund, CIDA recharged its aid program. As part of a push for economic reform Ottawa secured an agreement that gave a former vice president of the Bank of Canada the role of governor of the Bank of Zambia, where he oversaw the country’s monetary policies and “responses to the IMF”. In her 1991 Ph.D thesis Bassett notes, “instrumental in developing Zambia’s new ‘domestically designed’ [economic] program was the new head of the Bank of Zambia, Canadian Jacques Boussières.” Paid by Ottawa, Boussières was the first foreign governor of the Bank of Zambia since independence. This was not well received by some. Africa Events described Boussières as “a White Canadian who came to de- Zambianise the bank post under controversial circumstances.”)

The hasty sale of the public mining behemoth was highly unfavourable to Zambians. The price of copper was at a historic low and the individual leading the negotiations, Francis Kaunda, was later jailed for defrauding the public company. “ZCCM’s privatization was carried out with a complete lack of transparency, no debate in parliament, and with one-sided contracts which few of us have ever seen,” said James Lungu, a professor at Zambia’s Copperbelt University.

Taking advantage of the government’s weak bargaining position, First Quantum and other foreign companies picked up the valuable assets for rock bottom prices and left the government with ZCCM’s liabilities, including pensions. The foreign mining companies also negotiated ultra low royalty rates and the right to take the government to international arbitration if tax exemptions were withdrawn for 15 years or more. Many of the multinationals made their money back in a year or two and when the price of copper rose five fold in the mid-2000s they made bundles.

Having conceded tax exemptions and ultra low royalty rates, the government captured little from the surge in global copper prices. In 2006 Zambian royalties from copper represented about $24 million on $4 billion worth of copper extracted. The .6% royalty rate was thought to be the lowest in the world. The government take from taxing the mining companies wasn’t a whole lot better. Between 2000 and 2007 Zambia exported $12.24 billion US in copper but the government only collected $246 million in tax.

Since 2008 Zambia has wrestled more from the companies, but they’ve had to overcome stiff corporate resistance. When the government suggested an increased royalty in 2005 First Quantum’s commercial manager Andrew Hickman complained that it “would probably make any new mining ventures in Zambia uneconomical” while three years later First Quantum said it would have “no choice” but to take legal action if a new tax regime breached the agreement it signed during the privatization process.

With billions of dollars tied up in the country, First Quantum had good reason to campaign aggressively to maintain the country’s generous mining policy.

First Quantum stands accused of cheating Zambia out of tens of millions of dollars in taxes. An audit found that between 2006 and 2008 Mopani Copper Mines under-reported cobalt extracts and manipulated internal prices to shift profits to First Quantum and Glencore subsidiaries in the British Virgin Islands and Bermuda, allowing it to evade millions of dollars of tax in Zambia.

In a bid to cut down on corporate ‘transfer pricing’ and tax evasion, the Zambian government sought to simplify the mining fee structure. In 2013 Lusaka proposed eliminating income tax on mining companies and substantially increasing royalty rates (up to 20% for open-pit mines and 8% on underground operations). In 2015 Minister of Finance Alexander B. Chikwanda told Parliament:

The tax system was vulnerable to all forms of tax planning schemes such as transfer pricing, hedging and trading through ‘shell’ companies which are not directly linked to the core business. Sir, it has been a challenge for the revenue administration to detect and abate such practices. Further, provisions on capital allowances and carry forward of losses eliminated potential taxable profits. Mr Speaker, the tax structure was simply illusory as only two mining companies were paying Company Income Tax under the previous tax regime as most of them claimed that they were not in tax-paying positions.

First Quantum, Toronto’s Barrick Gold and a number of other foreign mining companies screamed murder and worked to derail the Zambian government. First Quantum government affairs manager John Gladston said “the new system doesn’t incentivise investment in new capital projects which in turn, will inevitably be translated into fewer new jobs and less opportunities for wealth creation for Zambians.” To spur a backlash in the job-hungry country, First Quantum laid off 350 workers at its Kansanshi mine. The government responded by saying First Quantum wasn’t adhering to the country’s labour law. Government spokesperson Chishimba Kambwili told Xinhua that “all mining companies are aware of the standing order, which obliges them to consult the government through the Ministry of Labour before any decision to sack any worker becomes effective.”

Barrick Gold also threatened to lay off workers if the government increased royalty rates. The Toronto company said it would shutter its Lumwana Mine, which prompted 2,000 workers, fearing for their jobs, to hold a one-day strike. The foreign-run Chamber of Mines of Zambia claimed 12,000 jobs would be lost if the royalty changes went through and the IMF added its voice to those opposing the royalty hike.

The mining corporations’ strong-armed tactics succeeded. After a six-month standoff, the government backed off.

First Quantum, Barrick and the other foreign mining companies exploited the immense power ZCCM’s privatization gave them over Zambian economic life. By shuttering their mines they could produce economic hardship for thousands of people. (With an 80% unemployment rate and most Zambians living on less than a dollar a day, each formally employed individual provides for many others.) Some suggested the foreign mining companies were even “powerful enough to manipulate the exchange rate” of the country.

Canadian officials actively backed FQM and other mining companies in Zambia. At the 2013 Prospectors and Developers Association of Canada Convention Ottawa announced the start of negotiations on a Foreign Investment Promotion and Protection Agreement with Zambia, which would allow Canadian companies to pursue Zambia in international tribunal for lost profits. The next year the Head of Office at the Canadian High Commission, Sharad Kumar Gupta, “said the Canadian government is trying to encourage the private sector to explore… opportunities in Zambia’s mining sector,” reported Lusaka’s news.hot877.com.

After the leftist Patriotic Front opposition party accused First Quantum of blocking workers from voting in a 2005 parliamentary by-election, the Canadian High Commissioner defended the Vancouver company. John Deyell, who previously worked at mining giants Inco and Falconbridge in Sudbury, claimed First Quantum wasn’t responsible for day-to-day operations despite owning a sixth of MCM stock and controlling two seats on MCM’s executive board. In response the Patriotic Front sought to take their protest against MCM’s violation of workers’ rights to the Canadian High Commission, but the police denied them a permit.

In Zambia, as with elsewhere in Africa, Canada’s mining industry, foreign policy and neoliberalism overlap tightly. It’s a subject Canadians ought to pay attention to if we want our country to be a force for good in the world.

Yves Engler is the author of A Propaganda System: How Canada’s Government, Corporations, Media and Academia Sell War and Canada in Africa: 300 years of aid and exploitation. Read other articles by Yves.

Colombia’s government is facing a $16.5 billion lawsuit following a dispute over a mining permit in the protected nature reserve of Yaigoje-Apaporis National Park in the south of the country, according to local media.

In September 2015, Colombia’s Constitutional Court suspended mining activity across more than 247 million acres of the park, that spans between the southeastern provinces of Amazonas and Vaupes.

According to reports, the Court took action after Cosigo Frontier Mining, allegedly tried to convince local indigenous communities to lift mining restrictions that had been implemented when the land was designated as a National Park in 2009.

Cosigo’s lawsuit, which was filed in Houston and will be studied by a United Nations Commission on International Trade Law rules, seeks to challenge the 2015 ruling that revoked the company’s mineral rights on what today is the Yaigoje-Apaporis Natural Park.