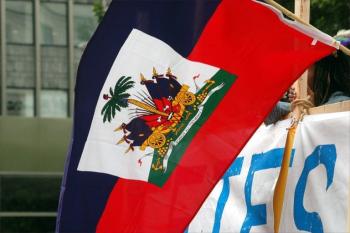 “This past week saw another tremendous milestone in Haiti's hard-won march towards authentic democracy that has gone . . . completely unnoticed in the United States!

“Last Tuesday, the Montana Accord, which was signed by huge swaths of civil society, was joined by Protocole d'Entente Nationale, or PEN, the most important and last remaining group of elected senators in the Haiti who are representative of many political parties. That's huge progress, and the main hurdle towards true consensus. The new Political Consensus between PEN and the Commission for a Haitian-led Solution to the Crisis tweaks and advances the carefully crafted architecture for a transitional government by, for example, setting up a five-member presidential authority. The Commission now must ensure that participants in this new political process will work diligently to bring democratic governance to Haiti, and continue to prioritize accountability and anti-corruption measures.

“The United States should hold up this kind of step-by-step negotiation and ever-increasing consensus-building as a model of democracy formation—and recognize and support the effort. It's time to stop demanding that these groups recognize and negotiate with the de facto government, which has been implicated in corruption, human rights abuses—and possibly even in the assassination of former president Moïse.”