China, the West and the Uyghurs 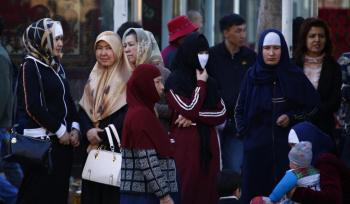 The following are three reports that explore the relentless propaganda campaign attempting to manufacture a "genocide" against the Uyghur population by the Chinese government. The Canadian parliament passed a non-binding resolution on Monday declaring China’s treatment of its Uyghur citizens a “genocide.”

China, the West and the Uyghurs

Sadly, a country that has played a significant role in what David E. Stannard called the American Holocaust, the massive depopulation of aboriginal people from the Americas, has blithely debased genocide by ignoring it where it occurs and condemning where it hasn’t.

In a vote of 266 for, and 0 against, the Canadian House of Commons declared on Monday that Chinese authorities committed atrocities in Xinjiang that contravene the United Nations’ Genocide Convention.

Canada’s parliamentarians made this declaration on the basis of dubious evidence, sourced to an ideologically-inspired researcher who opposes communism and openly seeks the demise of the Chinese Communist Party.

The allegation is politically contrived, not legally defensible.

On October 21, 2020, the Canadian parliament’s Subcommittee on International Human Rights declared its belief that China was committing a genocide against the Uighur population in Xinjiang.

Four months later, the Conservative Party revealed that it would use Opposition Day, on February 22, 2021, in the Canadian parliament to force a key vote. This vote would be on a non-binding motion urging the Canadian government to declare that China is committing a genocide against Uighurs in Xinjiang.

This came despite extensive reporting by the Grayzone, exposing how CIA cut-outs and NED funded organizations were the main drivers of these allegations. They further showcased how the allegations of genocide against the Uighur population are totally false, and motivated by the American desire to smear China.

So who did this house subcommittee accept as witnesses or exports, and which institutional and news reports did it cite in its decision?

Both President Joe Biden and his Secretary of State Anthony Blinken have endorsed former Secretary of State Mike Pompeo’s last-minute accusation of “genocide” against the Muslim Uyghur population in China’s Xinjiang province. But an investigation of published work by the researcher Pompeo relied on to level his genocide allegation reveals a pattern of data abuse and fraudulent assertions that substantially undermines the incendiary charge.

The US government’s accusation of genocide against China stems from a single source: a June 2020 paper by Adrian Zenz, a right-wing German researcher affiliated with the Victims of Communism Memorial Foundation and neoconservative Jamestown Foundation in Washington, DC.

Articles by the Associated Press, CNN, and BBC also relied on Zenz’s article to claim that plunging Uyghur birth rates and the application of birth control measures in Uyghur counties of the Xinjiang region were proof of a policy of “demographic genocide.”

China detaining millions of Uyghurs? Serious problems with claims by US-backed NGO and far-right researcher ‘led by God’ against Beijing

The US House of Representatives passed the Uyghur Human Rights Policy Act on December 3, legislation which calls for the Donald Trump administration to impose sanctions against China over allegations that Beijing has detained millions of Muslim-majority Uyghurs in the western region of Xinjiang.

To drum up support for the sanctions bill, Western governments and media outlets have portrayed the People’s Republic as a human rights violator on par with Nazi Germany. Republican Rep. Chris Smith, for instance, denounced the Chinese government for what he called the “mass internment of millions on a scale not seen since the Holocaust,” in “modern-day concentration camps.”

The claim that China has detained millions of ethnic Uyghurs in its Xinjiang region is repeated with increasing frequency, but little scrutiny is ever applied. Yet a closer look at the figure and how it was obtained reveals a serious deficiency in data.

While this extraordinary claim is treated as unassailable in the West, it is, in fact, based on two highly dubious “studies.”