As demands for Haiti elections grow, so does division and instability 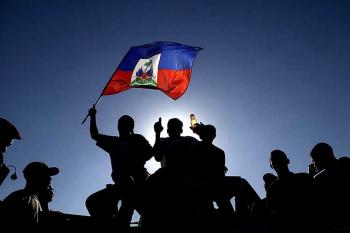 After a period of precarious political stability, protests in Haiti intensify as February 7, 2021 approaches, date on which, according to sectors of the opposition, President Jovenel Moïse must leave power.

The hostile platforms staged a massive mobilization to demand the resignation of the president and denounce the insecurity and impunity; however, they were systematically repressed by the police.

A fraction, led by Moïse Jean-Charles, managed to reach the United States embassy, ​​and accused the northern country of imposing heads of state in Haiti, destroying national production and supporting insecurity through fraudulent elections.

In addition to the opposition, which is undergoing a process of disintegration after several corruption scandals, civil organizations and a group of rebel policemen have also taken to the streets in recent months.

Demonstrations of the latter were marked by violence, burning of state vehicles, attacks on public institutions and demands for wage increases and other economic bonuses.

Social organizations, for their part, criticize the climate of insecurity that this week claimed the lives of four teenagers, despite the fact that the new police chief, León Charles, promised to restore peace and fight the armed gangs, whose control of the vulnerable neighborhoods is becoming more extensive.

In this context, Haiti is heading towards a general election to renew its political staff, in addition to a constitutional change widely criticized by sectors of the country.

Last Wednesday, Minister of the Interior, Audain Fils Bernadel, pointed out that the 2021 elections could be carried out in two stages, the first to elect parliamentarians and the second to elect local authorities and the head of state.

The ruler's reluctance to leave the National Palace could trigger a new political crisis in a nation marked by poverty, unrest and corruption.