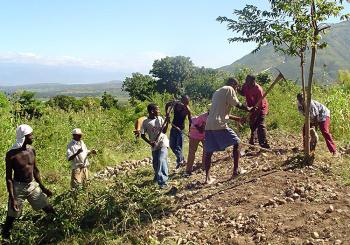 Three years ago, hundreds of farmers displaced by the Caracol Industrial Park forged an agreement with the Haitian government and Inter-American Development Bank (IDB) after years of demanding compensation. In exchange for relocating, the farmers affected were supposed to receive direct compensation in the form of jobs, and in some cases, new plots of land.

Wilson Menard, a former farmer, said he lost his land, the main source of his income, more than 10 years ago, before construction started on the park.