PAHO: Haiti still not ready to receive COVID-19 vaccines as delays drag on 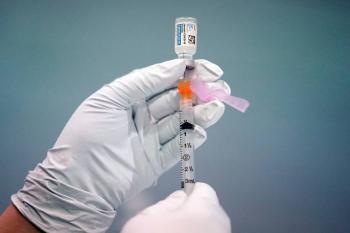 While most countries in Latin America and the Caribbean have begun administering COVID-19 vaccines, Haiti still has not completed the necessary steps to receive a single shot, the Pan American Health Organization acknowledged Wednesday.

“Haiti is still in the process to finalize the arrangements that all the other countries have made to be able to receive these vaccines,” said Dr. Jarbas Barbosa, assistant director of PAHO. “Haiti is not paying for these vaccines but the country needs to make some legal and administrative arrangements.”

PAHO did not provide further details on the holdup. Prior to receiving vaccines, Haiti’s health ministry needs to ensure that all measures are in place, like the training of personnel and logistics including storage and surveillance, as well as authorizing the import of the AstraZeneca vaccine. Haitian health officials did not respond to the Miami Herald’s email or text seeking comment.

Haiti is among 10 countries in Latin America and the Caribbean that have been allotted COVID-19 vaccines at no cost for 20% of its population. As part of its first shipment, the country is slated to receive 756,000 doses of the AstraZeneca vaccine.

PAHO officials were hoping to have the doses arrive by the end of this month. But now even that is uncertain. Not only are the arrangements in Haiti a problem, but so is India’s ongoing deadly surge.

The Serum Institute of India had committed to sending about one billion doses of AstraZeneca vaccines to the COVAX Facility, the United Nations-backed alliance helping poorer nations obtain the lifesaving shots. But after COVID-19 cases began exploding in India, the Indian government halted its exports and has not yet authorized the manufacturer to release doses for shipment.

Haiti, Nicaragua and Bolivia were all supposed to get vaccines from Serum through COVAX this month.

“We’re still negotiating with the government of India so that the Serum Institute of India is able to fulfill its contracts, the contracts they have with the COVAX Facility,” Barbosa said.

Barbosa said if an agreement isn’t reached, the temporary suspension could affect supplies not just in the region but elsewhere. In high-level negotiations involving the director general of the World Health Organization and others, the WHO is proposing that part of Serum’s production be sent to COVAX for distribution and the rest remain for India’s domestic use.

Haiti has registered 13,164 confirmed cases of COVID-19 and 263 deaths since the virus was first confirmed last March. While the virus is surging elsewhere in the region, most Haitians have given up wearing masks, and life in general has returned to what it was before the pandemic.

Last month, Haiti’s Ministry of Health raised concerns about the safety of the AstraZeneca vaccine in light of reports out of Europe that the manufacturer’s shots could pose a blood clot risk. It asked Gavi, the Geneva-based public-private vaccine alliance that is leading COVAX with the WHO, to consider changing the AstraZeneca vaccine to a single-shot vaccine. The only single-shot vaccine that is available currently is through Johnson & Johnson, and its rollout in the region won’t happen until this summer.

PAHO has said if Haiti rejects its free vaccines, its doses will be reallocated to another country.