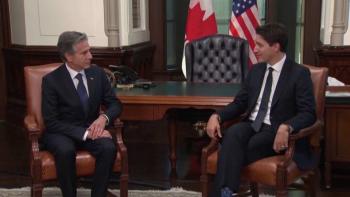 Canada has sent a delegation to Haiti to assess security and humanitarian concerns as the country faces worsening political instability and gang activity.

Canada’s foreign minister and Prime Minister Justin Trudeau met with U.S. Secretary of State Antony Blinken in Ottawa Thursday as the two countries push for an international armed intervention in Haiti. Haitians have taken to the streets in recent weeks denouncing foreign aid and occupation, saying the U.S. and other powers have contributed to the destabilization of Haiti.