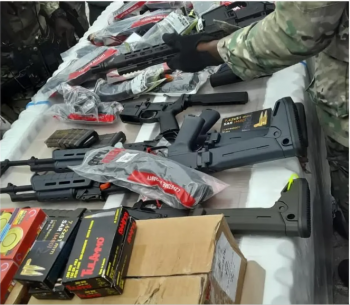 After weapons and ammunition were found in a shipment of containers bound to the Episcopal Church of Haiti, its retired leader is asking the church standing committee to work with authorities to clear their name.

“I am sure that the church is not involved in arms trafficking, it must be a misuse of the church franchise by dishonest individuals,” Bishop Oge Beauvoir said.

Read the original investigation from ayibopost.com in French.