Who Is responsible for Haiti’s worsening situation? 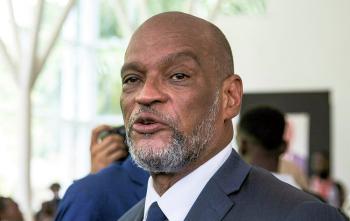 Washington supports Dr. Ariel Henry because he is weak and vulnerable, hence dependent on U.S. backing.

Washington’s strategy after President Jovenel Moïse’s Jul. 7 assassination is to use a two-faced tactic. It is pretending to parlay with one of the political coalitions proposing a roadmap to elections and reconstitution of Haiti’s government, while clearly backing a rival coalition, headed by Prime Minister a.i. Ariel Henry.

The U.S. State Department’s political strategies to engineer new regimes to its liking rarely work, but one exception is the state which emerged from the 1990s Rwandan civil war, which pitted the then Rwandan government, made up of Hutus, against the Rwandan Patriotic Front, made up primarily of the Tutsis, and headed by Paul Kagamé.

Rwanda’s dramatic resurrection from the ashes of massacres and war after Kagamé’s victory was not because Washington suddenly embraced the principle of helping poor African countries develop. If that principle were in its political DNA, the U.S. would have done so in other countries such as Haiti, which has steadily declined under its direct domination. Rwanda became a model of fabricated success because the U.S. had to ensure its victory over its imperial rival France, which had backed the Hutu government. But the French lost this dirty war with Washington in its chasse gardée, the African continent.

The current political moment clearly demonstrates the dominant role played by the U.S. in Haitian politics. The State Department is clearly backing Ariel Henry and his political coalition composed of the opposition’s Popular Democratic Sector, the ruling PHTK, Réginald Boulos’ MTV, the social-democratic Fusion, and others. This dogged support of Henry even caused the resignation of U.S. emissary Daniel Foote.

But the State Department’s Brian Nichols and the new Chargé d’Affaires Kenneth Merten have held the line. The Biden administration has a clear disagreement with other European ambassadors in the “Core Group.” They, like Foote, appear to have some sympathy for the Civil Society Commission for a Haitian-Led Solution to the Crisis (CCSHC), a panoply of parties and organizations from the right and left, which have drawn up an ambitious project to address Haiti’s chronic instability so that free and fair elections might be held.

The United States has expressed its strong support for the draft agreement put in place by the Prime Minister’s office. This looks very much like a stab in the back, a low blow, to the CCSHC, which inked its Montana Accord also last month. This coup proved to be a meticulously crafted strategy implemented by the White House and the State Department. Quite simply, Washington does not trust the CCSHC.

Despite discussions with this coalition, it seems clear that Washington is not really happy with its proposed plan. Playing Pontius Pilate with an attitude of neutrality, the U.S. wants to remain in the role of mediator and will likely propose a “global solution” by merging the Montana Accord with Henry’s “Accord for Peaceful and Efficient Good Governance.” This “great historic compromise” will be presented as being in Haiti’s best interests. It’s an unrealizable project, and Washington knows it!

RESPONSIBLE AND GUILTY IS THIS CORRUPT POLITICAL CLASS WHICH LEAVES HAITI OPEN TO ANY DESTABILIZING IMPERIALIST MANEUVER.

However, the U.S. strategy stems from the need to protect certain vital American interests. For the United States, Ariel and his crew have obvious advantages. First of all, he has no popular legitimacy, and he is implicated in the horrific Jul. 7 assassination of Jovenel Moïse. These factors make him vulnerable and therefore dependent on the United States to maintain power and manage the transition.

This sad spectacle leads to only one conclusion: nothing can be expected from this “political class,” which dominates both rival coalitions. It is subservient to Washington’s tutelage and does not respect the sacred right of Haiti’s people to self-determination. These leaders refuse to clearly and roundly denounce Washington’s meddling. We must finally come to the conclusion that they are all dupes, men and women with a colonized mentality, who link their fate to the imperial forces of evil. Despite patriotic posturing and labeling, they practice a duplicitous policy, desecrating the Haitian cause.

The Haitian ruling class is proving itself more than ever the docile, conscious, and mercenary instrument of the strategies painstakingly developed by the foreign offices of North American and European imperial governments. That is why it does not have any way to answer the fundamental question: Who is responsible for the collapse of the country?

Responsible and guilty is this corrupt political class which leaves Haiti open to any destabilizing imperialist maneuver. Responsible and guilty are the successive governments which have implemented policies aimed at exploiting, sacrificing, and subjugating the popular masses. At the present time, not a day goes by without the amplification of the campaign of disinformation and slander waged by imperialism and its subservient media against the autonomous organizations emerging in Haiti’s ghettos, which are beginning to organize and act in a way which is no longer at the service of the lumpen-bourgeoisie, the government, and the old opposition. The ghetto organizations are not invited into either of the rival coalitions. On the contrary, it is targeted by both.

The exploited and oppressed Haitian people must wake up at all costs to engage in a vast national liberation movement that will knock on the doors of these false leaders and reactionaries to hold them accountable for Haiti’s tragedy and make them pay the price for their betrayal.