The WikiHaiti files: Kim Ives speaks at the University of Manitoba, Jan 26, 2012 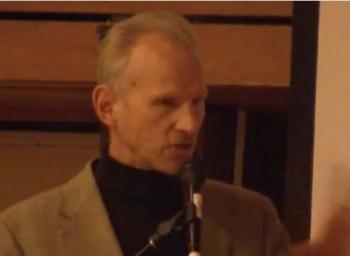 Kim Ives is one of the founders of the weekly newspaper Haiti Liberté, where he is a writer and editor. He was a lead writer in the newspaper's series of articles in 2011 that were based on U.S. diplomatic cables provided to Haiti Liberté and to The Nation magazine by the Wikileaks organization.