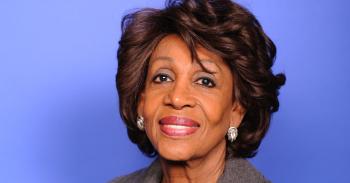 After returning from a trip to Haiti during which she saw evidence of politically motivated violence carried out by gangs allegedly affiliated with the Haitian government, Congresswoman Maxine Waters (CA-43), Chairwoman of the House Committee on Financial Services, worked with Congresswoman Barbara Lee (CA-13) to ensure that language addressing the political crisis in Haiti was included in the report accompanying the State, Foreign Operations Appropriations Bill for Fiscal Year 2020. Congresswoman Lee, in her capacity as a member of the House Appropriations Committee, helped negotiate the language, which expresses great concerns about civil unrest and specifically mentions incidents in La Saline in November 2018, involving alleged human rights abuses and the burning of homes. The State, Foreign Operations Appropriations Bill was approved by the Appropriations Committee, along with the accompanying report, on May 16th on a vote of 29 to 23,[1] and is scheduled for consideration on the floor of the House of Representatives this week.[2]

“During my recent trip to Haiti, I was shocked and appalled to learn of the massacre and the burning of homes in La Saline and other evidence of politically motivated violence, and I am deeply disturbed by the allegations that the Haitian government may have been involved,” said Congresswoman Waters. “I thank my friend and colleague, Congresswoman Barbara Lee, for working to include language in the report accompanying the State, Foreign Operations Appropriations Bill to address this urgent crisis.”

The report accompanying the State, Foreign Operations Appropriations Bill, as approved by the Appropriations Committee, includes the following language regarding the crisis in Haiti:

“The Committee is greatly concerned by civil unrest in Haiti. The Committee expects the Secretary of State and USAID Administrator to support dialogue aimed at resolving the political crisis and ensuring that upcoming elections are transparent and inclusive. The Committee is especially concerned about the incidents in November 2018 in La Saline, including alleged human rights abuses and the burning of homes in the area. The Committee encourages the Government of Haiti to address the real grievances in the country, including access to housing. The Committee encourages the provision of technical support for thorough and independent investigations into both the allegations of corruption and human rights violations.”[3]

The report also includes the following additional provision conditioning U.S. foreign assistance for the central Government of Haiti on progress towards reforms:

“Haiti.—Pursuant to subsection (c), funds are withheld for assistance for the central Government of Haiti unless the Secretary of State certifies and reports that the Government of Haiti is taking the following steps: (1) strengthening the rule of law including by transparently selecting judges based on merit, reducing pre-trial detention, respecting the independence of the judiciary, and implementing reforms to increase transparency and accountability including through the penal and criminal code; (2) combating corruption including by implementing the 2014 anti-corruption law and prosecuting corrupt officials; (3) increasing government revenues, including through tax reforms, and increasing expenditures on public services; and (4) resolving commercial disputes between U.S. entities and the government of Haiti.”[4]

Congresswoman Waters led a delegation to Haiti on April 24, 2019, during which she saw evidence of politically motivated violence in La Saline and nearby neighborhoods. The delegation met with residents of these communities, who described a series of brutal attacks over the past six months, carried out by alleged government-connected gangs and police officers.

Upon returning to the United States, Congresswoman Waters discussed Haiti’s political crisis with Congresswoman Lee, members of the Congressional Black Caucus (CBC), and other concerned Members of Congress, and they agreed to work together to pursue justice for the people of Haiti.

Additional details about the violence in La Saline have surfaced since Congresswoman Waters’ delegation visit. On May 15th, the Miami Herald reported that, during a four-day period in La Saline on Nov. 13-17, 2018, “[w]omen were raped and set on fire, as was a police officer” and “men, women and even children as young as 4 were shot to death, their bodies then fed to dogs and pigs.” Furthermore, local human-rights groups estimated the death toll of the massacre between 15 and 71 people. The Miami Herald also reported that a police investigation had confirmed the participation of high-level government officials in the La Saline massacre, and had traced an assault rifle assigned to the National Palace to the massacre.[5]